In a society domineered by an insatiable hunger for the undead and a fancy for all sorts of science fiction, I can’t help but see the similarities between my faith and this fantastical fad.  I turn to scripture and find miraculous works of magic, supernatural powers, and an eternal battle between good and evil.  From the looks of it, this book has all the makings of a terrific fiction novel.  It seems as though the Bible could be restocked as another installment in the science fiction section of Barnes and Noble.  As I pick my way through the pages, particularly the New Testament, I read words filled with majestic mysticism to solidify this stance:

And, at least for me, it is extremely easy to group these terms with others I’ve read or seen recently:

As a Christian, Easter commemorates when our godly King–who came to earth to take on human flesh and live a perfect life–freely laid down his life to conquer death and save those who murdered him.  This is the pinnacle of our faith.  And if that doesn’t sound like a smash sci-fi hit, I don’t know what does.  But, unlike the characters in Twilight, Jesus was not birthed by the ink that wrote his name.  He was not simply constructed by the imagination of the human mind.  His existence was not only documented in the New Testament but also in ancient censuses and historical texts.  His life and presence in this world is factual.  Even non-believers attest to this.  The radical difference between his story and those of today’s writers, therefore, is that He breathes life into us instead of the other way around.

Yet, his humanness is often overlooked or lost in the shadow of his divinity.  It wasn’t until I joined the Catholic church that I recognized and acknowledged the reality of Jesus’s humanity.

“Why do Catholic churches always have Jesus on the cross?” a friend of mine scoffed. “He’s not there anymore!” 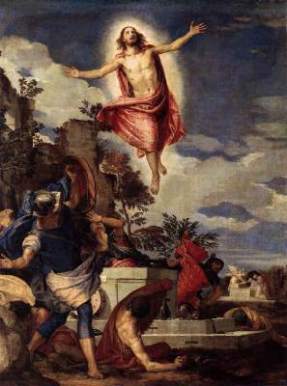 I wanted to ask if she owned a nativity set.  If yes, was Jesus in the manger?  If yes again, why?  He’s not there anymore either.  But both the crucifix and the nativity scene represent and immortalize actual, historical events.  Like a book–both narrative and nonfiction alike–if we skip over some of the chapters, how can we fully appreciate the ending?  Hanging a crucifix in a Catholic church does not mean Catholics view the resurrection with any less reverence; rather, I’d argue that by embracing the somber reality of the cross, we can express our exaltation for the resurrection more fully.  If we eliminate the reality of Jesus’s life and death, scripture can quickly begin to feel like a science fiction novel; and by doing so, it transforms into something we fantasize more in our minds than we feel within our hearts.

Something that’s “out there” instead of inside us.  Jesus, then, becomes about as relatable as Harry Potter–a heroic protagonist with magical powers. And someone who never really existed.

Yes, Jesus was completely divine, but he was also entirely human.  He lived each day with struggles and joys, family and friends, questions and tiny revelations.  He had a sense of humor.  He probably had a favorite meal, color, and aroma.  He experienced aches, pains, anxieties, and the need for food and rest.  At some point, he outlived his father and experienced the loss of a loved one.  He bathed and used the restroom.  He stood up for himself and his family in extreme cases of peer pressure.  He walked this earth.  So, as a fellow human with zero divinity in my blood, I look upon the crucifix and praise my God for giving me the opportunity to relate to him on my level.  Very human. And very, very real.

What Do You Think? Cancel reply